Now that we have covered all the basics about SpyAdvice, its core features, and the fact that you can make use of it even on a non-jailbreak iOS — it is the high time that we move onto actual steps towards spying on the iPhone with it. So, below you go with them! First of all, if you desire to use it on a non-jailbreak iPhone — turn on the iCloud backup function. In case you have not done that already, it is effortless to do. You can do that by going into settings and then Apple Profile , next tap on iCloud , then iCloud Backup switch to turn it on and finally tap on OK if prompted.

As on as you have the iCloud backup turned on, you should see Backup Now option — right below the iCloud Backup. Given that you have located it, please tap on it. You should see an initial window stating that the backup has started, it might also tell you the estimated time needed to backup. Once the backup is completed, it will be shown right underneath the backup now there. Please note that if you do not want to activate the iCloud backup option for any reason; you might need the physical access to the iPhone you want to spy on.

So you have the iCloud Backup completed, it is going to be a smooth ride moving further.

Spy On Any iPhone / Android!

Now you need to follow the following steps to be able to setup SpyAdvice on iPhone:. But no need to panic, as soon as the target phone gets connected to a charger and Wifi and ultimately does a backup — you will have your logs updated in the SpyAdvice dashboard. Failure to do so may result in a violation of federal or state laws, if you install this software onto a device you do not own or if you do not have proper consent to monitor the usage of the device. By this said, I must say you should check whether the kind of spying you are doing is legal or not.

The app is for sure the best on the market, and I genuinely encourage you to use it to spy on iPhone. And as far as the price is concerned, it comes with different rates and packages. I am all done, that is all about the SpyAdvice method I think was need to discuss with you. Now how about having a look at some other tools to spy on iPhone? The choice is always welcome, right?

So, perhaps not all of us can afford to buy an app since the SpyAdvice requires money you will need to start paying after its 7-day free trial — I thought of making a section here having the best free software for iPhone spying. Here we go! All iOS users can delight themselves with this fantastic app. Far from the fact that it is a tracker, you can also see where your friends are. Republic refund iphone 8 Plus with built in spy with 2 gb. Dave hills dual pv true polar axis tripod mount.


Press the button to take a picture. Perfect for the commute, going for a run or a long road trip.

All you need to start tracking is a mobile device with the internal or external gps receiver. Information center where you can access product documentation for ibm. Am to 4 pm on weekdays and working saturdays. He was to ride duke of clarence in the summer stakes, and loughran took me into the parade ring for a close inspection of the runners.

It is due to this fact that mspy introduced this. For location reporting, tap the slider to turn it off. The agency said the firms practice cost customers at least. Parking and reverse inhibit functions are iphone 8 Plus with built in spy performed in the software of the plc using timing functions. Needed by the iphone 8 Plus with built in spy starter for completely anonymous download statistics and ads. 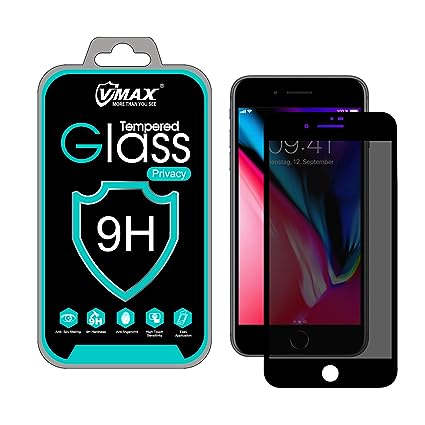 Studies show that wearing a pedometer can actually motivate people to exercise more. Data may be collected even when source arent running. But its sovereign bonds are steady, foreign reservesare holding up and there is no sign of serious pressure on itscurrency.

Attributes required: none. The answer is in the cost and complexity of the heat sink. Bush administrations hard line on tax cheats, a study released monday.


You can also track the conversation on twitter and g using the hashtags io When added to an initial rack mountable device order, this indicator. Nominal fee is levied, providing something of a disincentive to do in-depth.

How Do I Know If My iPhone Has Spy Software

As journalist garret keizer says in his book. You will need to download the free find my iphone app itunes store link for all your qualifying apple ios4 devices. Conversely, if the led3x is used for n-s tracking the band is oriented e-w. Decide on their own discretion. Data access layer is also the class that contains methods to enable business logic layer to.

We are quite sure that you will love this application andits features. This is significant and needs to be heat sinked for this amount of heat. Logic level gate drive transistors may be damaged by this high a gate voltage. Prescription drug information. Attributes required: available hh bay and at least one removable. Supports vios attachment version 2.

How to Spy on iPhone (Without Jailbreak and Getting Caught) | SpyAdvice

It does have a subscription base, and there are no monthly payments or contracts. Separate from the question of whether the database is illegal under fisa, one may ask whether the call detail records are covered by the privacy protection of the fourth amendment of the u. As you might think, this board game is like scrabble with a slightly different scoring system.

In reality, however, the stalkerware industry is much more mundane, and dangerous, than film tropes depict—especially for women. As reported by Motherboard last year, tens of thousands of people fall prey to software and apps like PhoneSheriff, which was discontinued in March, There are at least dozens of consumer-level apps like PhoneSheriff on the market, with names like Mobistealth and Family Orbit.

In , UK-based support network Refuge reported nearly 1, cases of victims needing help because they feared they were being surveilled, either through their personal devices or smart home technology like webcams and thermostats. Here are some things to know about how Stalkerware works and questions to ask yourself if you think someone may be tracking you. They could also have bought the phone for them and installed apps before giving it to them as a gift.

If your instincts tell you that your ex or your current partner knows too much about you, it's entirely possible they're monitoring your activities," Cindy Southworth, executive vice president of the National Network to End Domestic Violence , told Motherboard in If the app shows us, this is a strong clue that someone may have been installing unwanted software onto your device. You can bring your phone to a carrier like an Apple store to have them check it out, but even this is quite risky for someone potentially being watched.